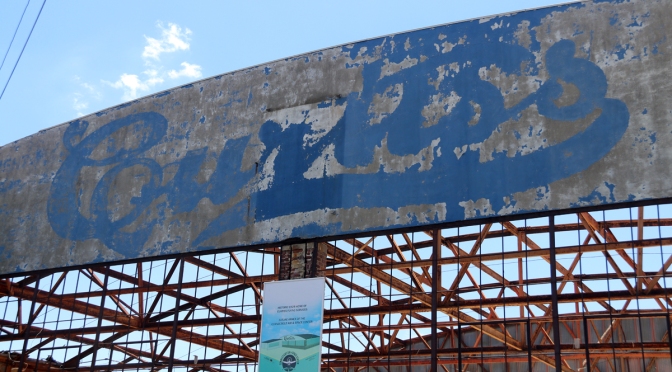 On May 27, 2021, the Connecticut Air & Space Museum held a ribbon cutting ceremony to announce their Blue Hangar grand opening. Since 1998, the Connecticut Air & Space Museum was located at the nearby Stratford Army Engine Plant. The Army Engine Plant was formerly owned by the Chance-Vought Company, the primary manufacturer of historic aircraft such as the F4U Corsair and OS2U Kingfisher. The area was also originally home to Sikorsky and numerous seaplanes were built there along with early development of the helicopter was conducted on the historic airfield. Although the Army Engine Plant has strong historical roots, the space was not ideal for a public museum since age restrictions prohibited visitors younger than 18-years of age. The new museum location will allow for visitors of all ages to attend, greatly enhancing the museum’s outreach.

In 2015, the Museum was able to obtain a 98-year lease of the two hangars formerly occupied by the Curtiss Flight School. Founded by aviation pioneer Glenn Curtiss, the Curtiss Flight School taught people how to fly and was in direct competition with the Wright Brothers. A hurricane in the area and eventually World War II ended the flight school’s tenure. After several years of fund raising and hard work, the restoration of the “Blue Hangar” is mostly completed and is now ready to be occupied.

For the time being, the Blue Hangar will house the gift shop and some of the display cases as well as the FG-1 Corsair, currently under restoration. Several completely restored helicopters will also be placed into the Blue Hangar, which include the OH-6 Cayuse and Sikorsky S-52 / Ho5S.

The museum’s goal is to eventually restore the larger hangar, and it will serve as the museum’s annex and display area for other restored aircraft or those currently under restoration.

The Museum’s formal grand opening is scheduled for May 29-30, 2021 and is located at 225B Main Street in Stratford (next door to the Windsock Restaurant). Formal information can be found at the Connecticut Air & Space Museum’s website.