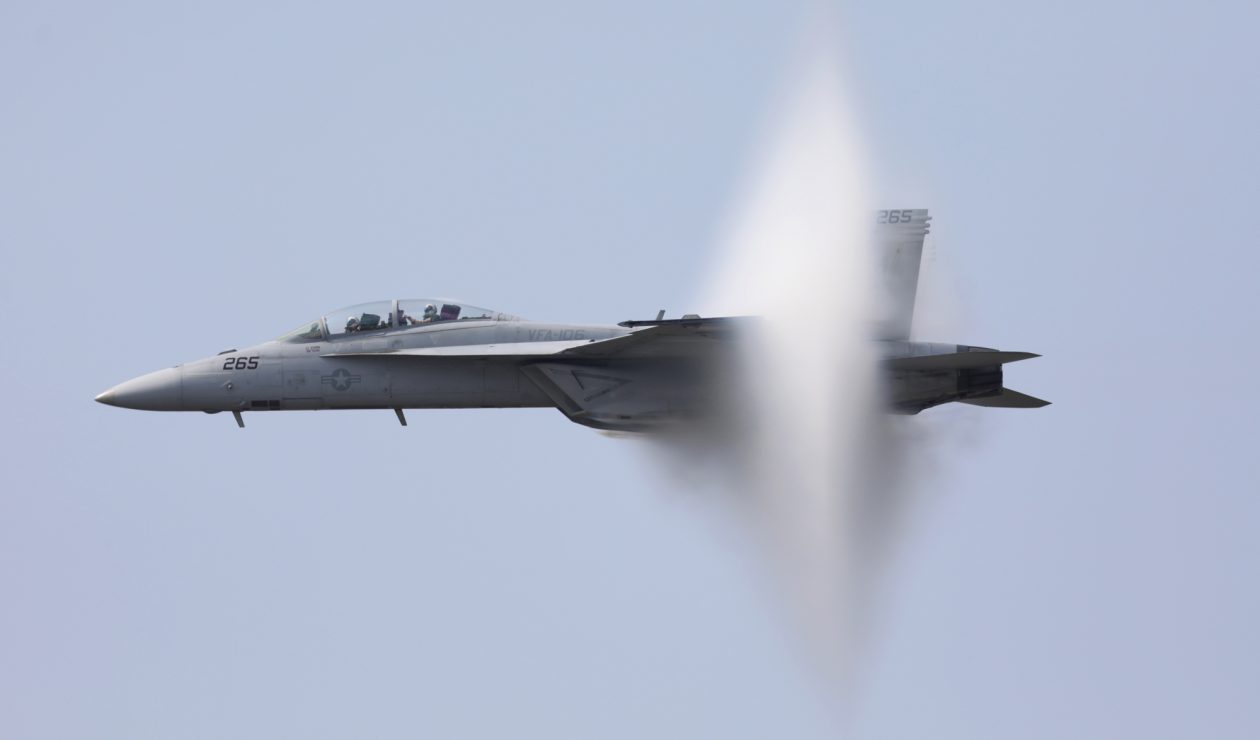 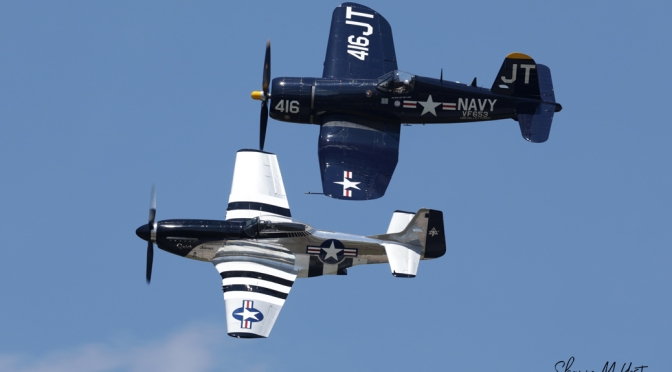 Below are photo highlights of the military themed airshow the weekend of June 30 – July 1, 2018. The event technically hosted a traditional airshow as well several days later, with some variation of the performers. This was my favorite show at Battle Creek in several years with a large variety of aircraft and performers.

The Class of ’45 is composed of two performers, Scott Yoak performing in the black and chromed P-51D Mustang, and Jim Tobul performing in his F4U Corsair. Both pilots perform solo aerobatics, showing off the impressive handling of these two WWII/Korean War era aircraft. Then the two join up for several impressive formation flying passes.

The stories related to the restoration of these two aircraft are very interesting, as are the biographies of the pilots.

Battle Creek was home to A-10s for a number of years and it was good to see a Hog in the sky again. Capt. Cody Wilton demonstrated just why the A-10 is still the premier close-air-support aircraft in the world.

CAF’s Prowlers of the Pacific

The Hamilton, Ontario based Canadian Harvard Aerobatic Team returned to the Battle Creek skies after a several year absence. The Harvard is a challenging aircraft to fly, let alone in formation aerobatics. The rule of thumb in WWII was that if a cadet could master the SNJ then he/she could handle any of the high performance fighter aircraft of the era.

The East Coast F/A-18 Super Hornet Demo Team from VFA-106 “Gladiators” showed off the US Navy’s front line strike fighter. The Gladiators serve as the East Coast fleet replacement squadron, and are based at NAS Oceana in Virginia Beach.

One of the traits of the Super Hornet is the amount of vapor that the aircraft creates at high speeds. Below is an example of the upper wing vapes during the photo pass.

After the solo demo, Jim Tobul joined up to lead the Super Hornet in the Legacy Flight.

Jerry Conley performed in his de Havilland DH.115 Vampire. The Vampire was designed for the British and was the first single engine jet fighter aircraft. The design was a success and served in the air arm of many nations. The jet is fully acrobatic and has high performance for an aircraft of that era.

The headliner of the 2018 event was the USMC MV-22 Osprey. The hybrid aircraft takes off like a helicopter and then tilts the engines and rotors to fly like a traditional fixed-wing aircraft. The benefit to this tilt-wing technology is the ability to use the aircraft like a helicopter, with increased performance and economy of a fixed-wing aircraft.

The Marines do not perform a high number of demonstrations, and Battle Creek was selected as one of only a handful of locations for 2018. The demo was flown by a crew from VMM-261 “Raging Bulls” based at MCAS North River, North Carolina. The unit is part of Marine Aircraft Group 26 and the Marine 2nd Aircraft Wing.

The 2018 concept of two different style airshows in just a handful of days apart was a real interesting concept and a welcome change of pace. The variety of aircraft and performers over the four airshow days was exhilarating and exceeded expectations. Although the event was unable to draw a jet team in for 2018, the blend of military, warbird and civilian performers made the absence of a jet team go unnoticed.